Ever since the end of last century and the coming of this century, the communication and technology infrastructure has seen massive changes. It can easily be said that world is within our grasp – that with the globalization of Internet, Google, websites, Email, Social media, money transactions and product trading platforms. With the shift from analogue to digital phones and that to the digital era, many aspects have changed as well; things like the importance of time, workload and traffic.

So, in order to keep pace with the changing times, nityaupahar.com has evolved into nityaupahar.shop. Now, you can easily purchase t-shirts and other products that have been recently released along with those which were previously available through Nitya Upahar. Thanks to our well-wishers, we have finally embarked on a new journey with nityaupahar.shop. nityaupahar.shop aims at easily delivering their products to its clients. Being able to take such an initiative at our 18th years of indigenous and commemorative t-shirt practice brings us great joy.

We Believe in- Individualism, Language of Homeland and Culture

We, ourselves can create designs of t-shirt for ourselves. T-shirt or the decoration periphery of any clothing can add to the nation’s art or motifs and adds true colors. People wearing t-shirts on the streets, colleges or universities can add uniqueness to its culture. Practicing to wear t-shirt made in homeland or clothing shall not always depend on foreign motifs or thoughts. In times of increase in garments export and globalization, it is necessary  NOT to forget our individualism. In this case, our artists, child artists, and designers/photographers can truly play the role.

For over one and a half era, country’s leading and young artists, child artists and designers have responded to our call and successfully added new story of our nation to clothing especially through  Nitya Upahar’s t-shirts and this has created an extraordinary domain of individualism in Bangladesh’s clothing. Designs created for everyday wear- t-shirt, shawls and sharee is exceptional, as a symbol of ingenuity and indeed an inspiration. From the first day of release, many of the designs are still appreciated applauded and embraced by our fans. We never forget every difference must make a difference.

Nitya Upahar’s clothing- it is a sequential series that we call as, ‘Series of Heritage & Apostle.’ The t-shirt, shawls and sharee created to represent our homeland in a new and unprecedented way, in unison by this group of creative knowledgeable people have gotten all of your constant love. This is a huge factor that always inspires us-overall all these creative personalities, you and everyone else are the main patrons of Nitya Upahar.

The Journey Began Through T-shirts

The clothing business of Nitya Upahar began with only T-shirts in the first Pohela Boishakh (1st day of the Bangla new year) of this century. After eighteen years, the t-shirt still remains the dominant mode of expression. In 2005, Nitya Upahar’s t-shirt canvas shone brightly through the children’s art competition ‘Boshey Ako’ with the slogan ‘Bangladesh through the eyes of children’. Nitya Upahar regularly arranged the event ‘Boshey Ako’ till 2012, which was later discontinued for different reasons.

From 2006, Nitya Upahar began designing shawls and sharees. Shawls during winter and in International Mother Language Day, other national days and other occasions of the year, Nitya Upahar produces various designs of sharees till now.

Through organizing ‘Explore Fashion Talent 2007’, Nitya Upahar attempted to search for young fashion designers with the goal of working with other forms of dresses such as Panjabi, Tops or Salwar Kameez. With the planning and organizing of the prominent fashion designer and researcher Chandrasekhar Saha, 20 youths participated in a month-long workshop conducted by veteran fashion designers, photographers, journalists and expert beauticians who shared their valuable experiences and provided guidelines. The work continued throughout the year, and for the next 5years, the participants engaged in various activities including internships. By this approach, diversified items from the imaginations of the youths were added into the item list of Nitya Upahar and alongside, it also gained practical knowledge and experience in native fashion. In the end, Nitya Upahar’s this medium of clothes (Panjabi, Salwar-Kameez or Tops) designing came to a halt.

Nitya Upahar t-shirts have accompanied many a man on adventures ranging from streams, ocean and mountains- even the highest mountain peaks of the world. Sajal Khaled never returned after scaling the Everest Summit, having found himself a rather permanent abode in the snowy peaks of Mount Everest amongst nature. Likewise, never to return was the red and green Nitya Upahar t-shirt that he had adorned.

Nitya Upahar t-shirts have also seen its fair share of representing Bangladesh on a global scale through global scholarly events, as worn in events by the participants. More so, Nitya Upahar is a faithful ally to the Mathematicians who have participated in International Maths Olympiads since 2006. 2018’s gold medalist Maths Olympiad group has brought us immense joy, that with their global recognition. Besides, Nitya Upahar t-shirts have accompanied several Bangladeshi teams participating in International Physics Olympiad, International Geometry Olympiad and International Junior Science Olympiad. We hope that in the future, many more scholars will prove their excellence in global platforms.

For over one and a half era, Nitya Upahar has been enriched with creative artworks from a vast number of creative artists. They created a look of the homeland on t-shirts, shawls and at the base of sharees – we will see a collection of these works in the archive section of this site. More than 1250 t-shirts for kids and adults, over a hundred types of designed sharees and other clothing apparel have been released by Nitya Upahar. In the course of time, this site can be a working calendar for all the respectable creative people associated with us.

Model and model photography is used to advertise products. Many quality photographs taken at different moments, by many talented photographers along with the photographs of the models can be found on this site. Many of them are doing outstanding work in large contexts in the homeland and around the world. Today, many of them are role models in their own respective contexts.

Also, numerous people have worked in front of and behind the screen at different times. nityaupahar.shop will try its best so that the memories of these wonderful friends can be found on this site.

Eighteen Years: Not So Long, Not Too Short

It was not possible to take photos of all our designs, all our t-shirts in such a short period of time. Also, we could not keep our photos and the data in a continuous and organized fashion. It is possible that in these 18 years those who were somehow involved with Nitya Upahar might have something to share. We believe that if they come forward then our archive will be enriched even further.

Tagline: We are older than the rocks among which we sit. 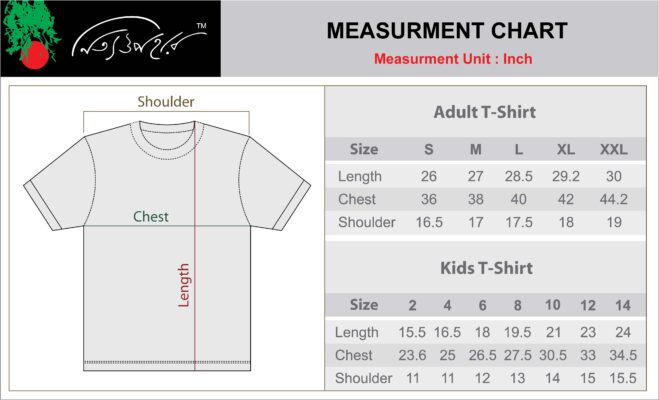